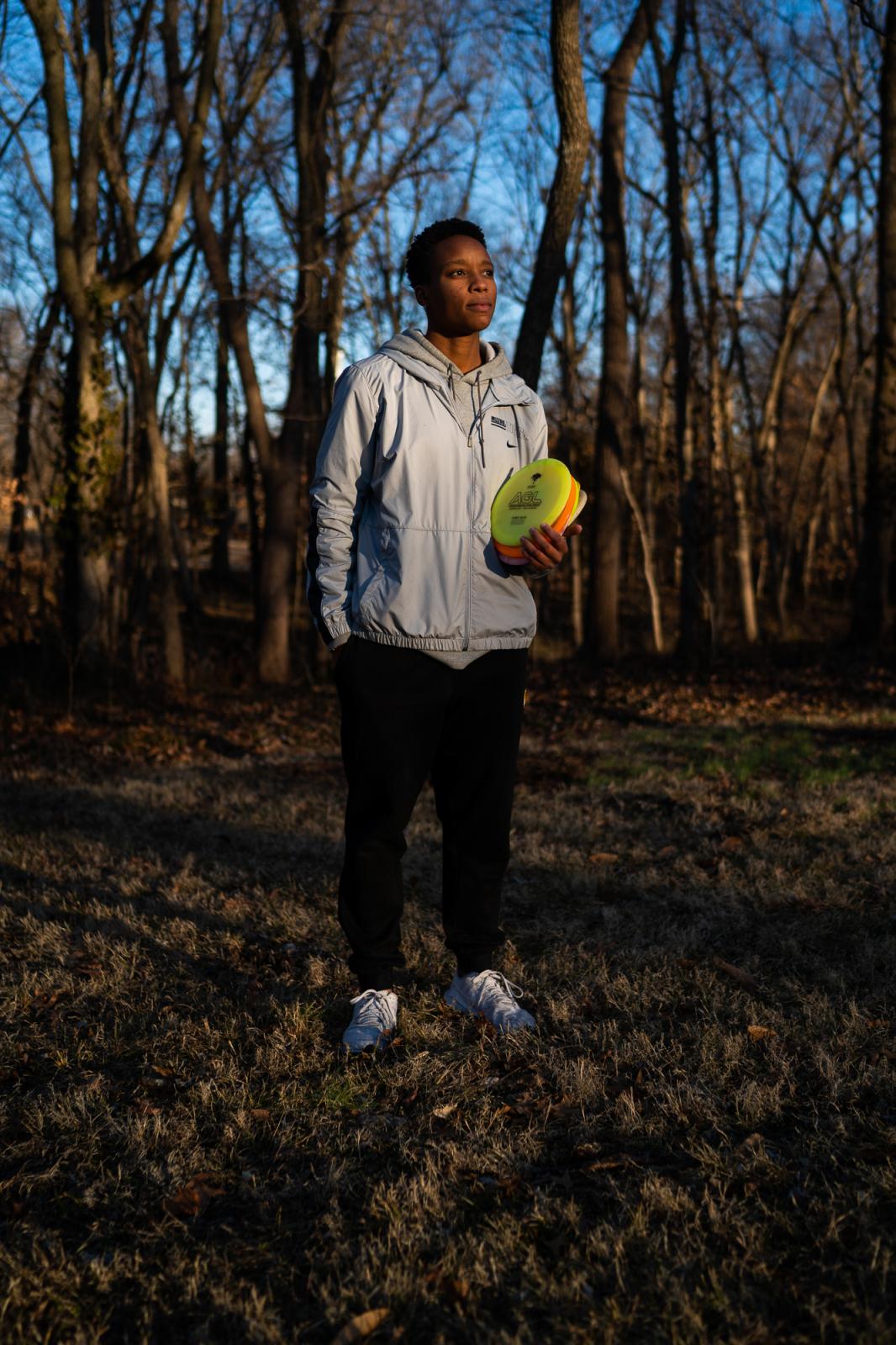 Gabi Jacobs is a former discus thrower for the University of Missouri. After graduating she took up disc golf as a way to stay active while working towards her master's degree in positive psychology. Ultimately, Jacobs hopes to become a track and field coach. 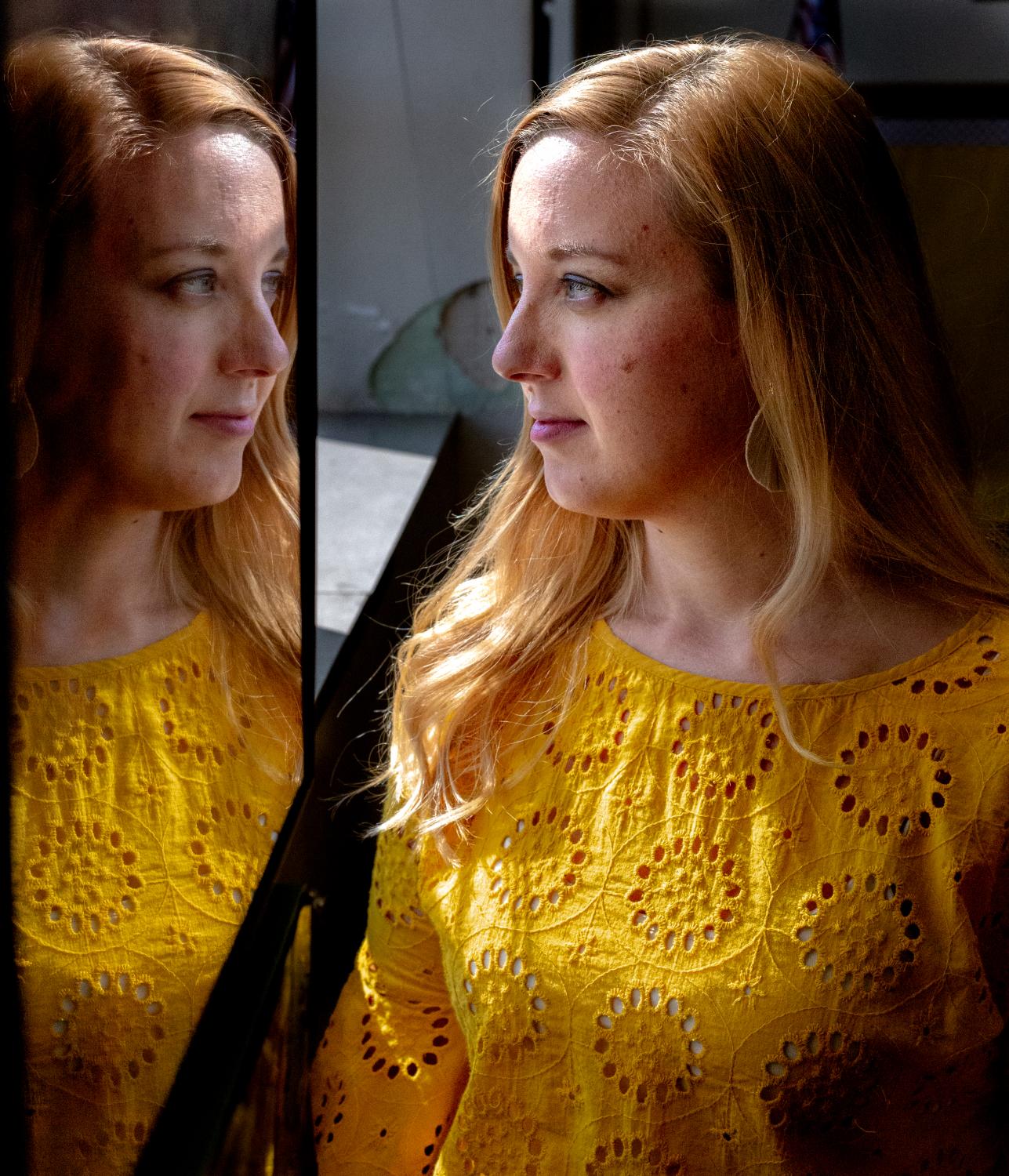 Sarah Gerling, theater teacher at Hickman High School stands for a portrait on Thursday, September 24, in her classroom. In addition to teaching, Gerling is the faculty sponsor for the “Kewpie Stage Players” — the school’s drama club. The club puts on fundraisers throughout the year, like their fall “trick-or-treat so kids can eat” event but because of the COVID-19 pandemic the club is all virtual and those fundraisers may look a bit different this year. “We have some service projects we are trying to talk through,” Gerling said. “(Like,) a Cabaret type of performance near the end of the semester.” 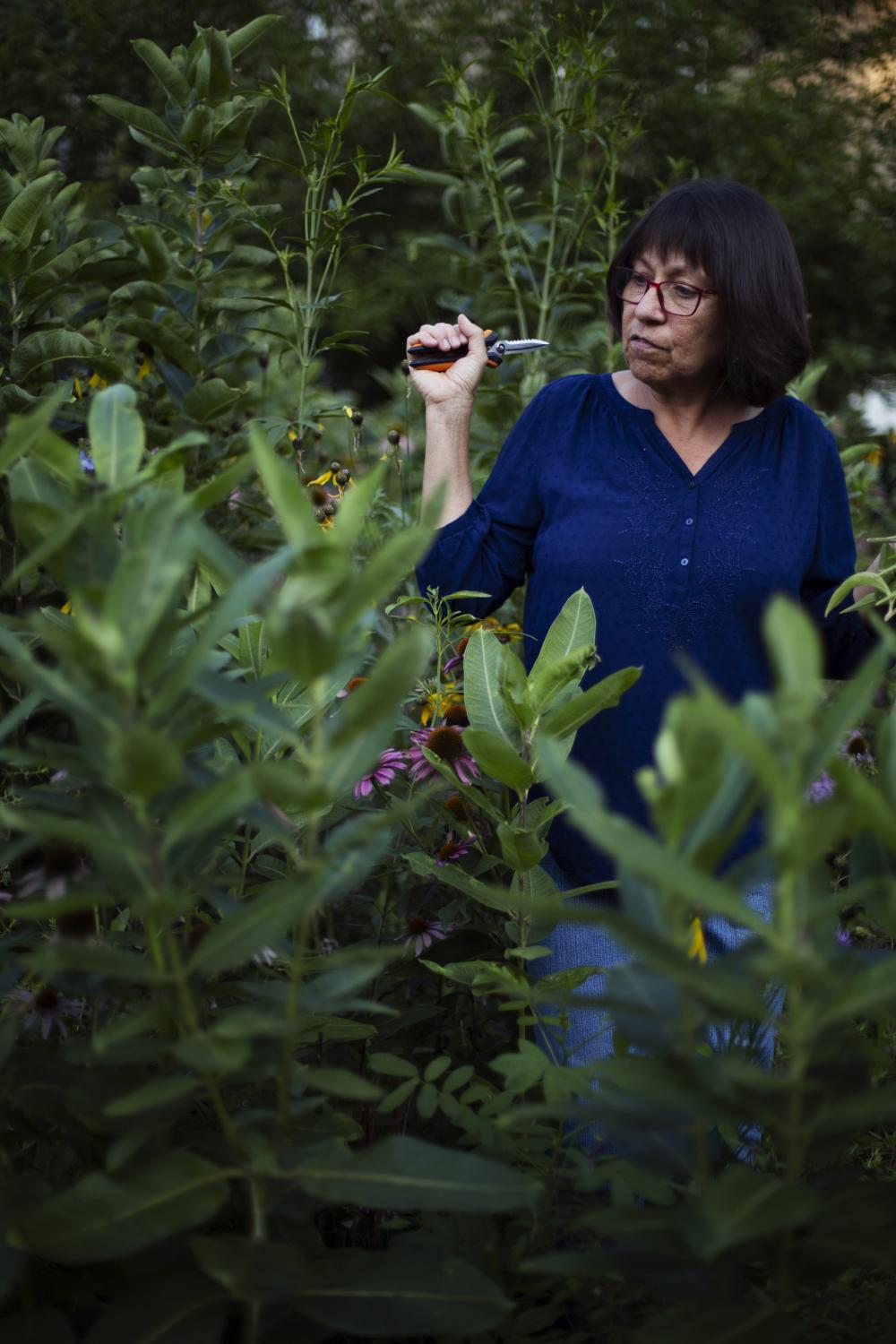 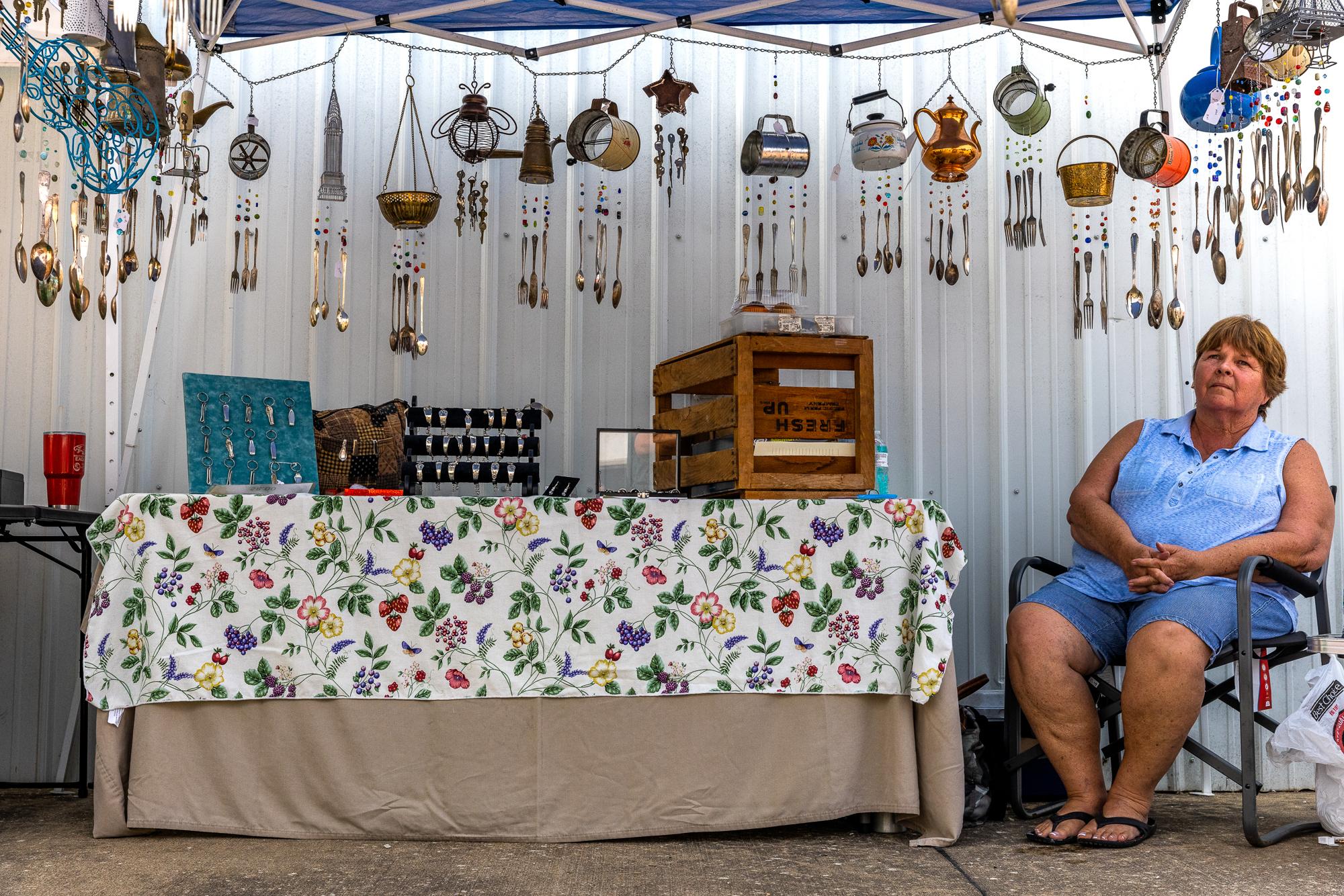 Cindy Sommer sits below her wind chime creations during the MU extension in Cole County’s fall festival on Saturday, September 11, 2021 in Jefferson City, Mo. Sommer has been coming to the fall festival to sell her wind chimes for around 10 years. “My husband was workin in North Carolina and a community was selling [similar chimes,]” Sommer said. “And I said:’I think I can improve those.’” 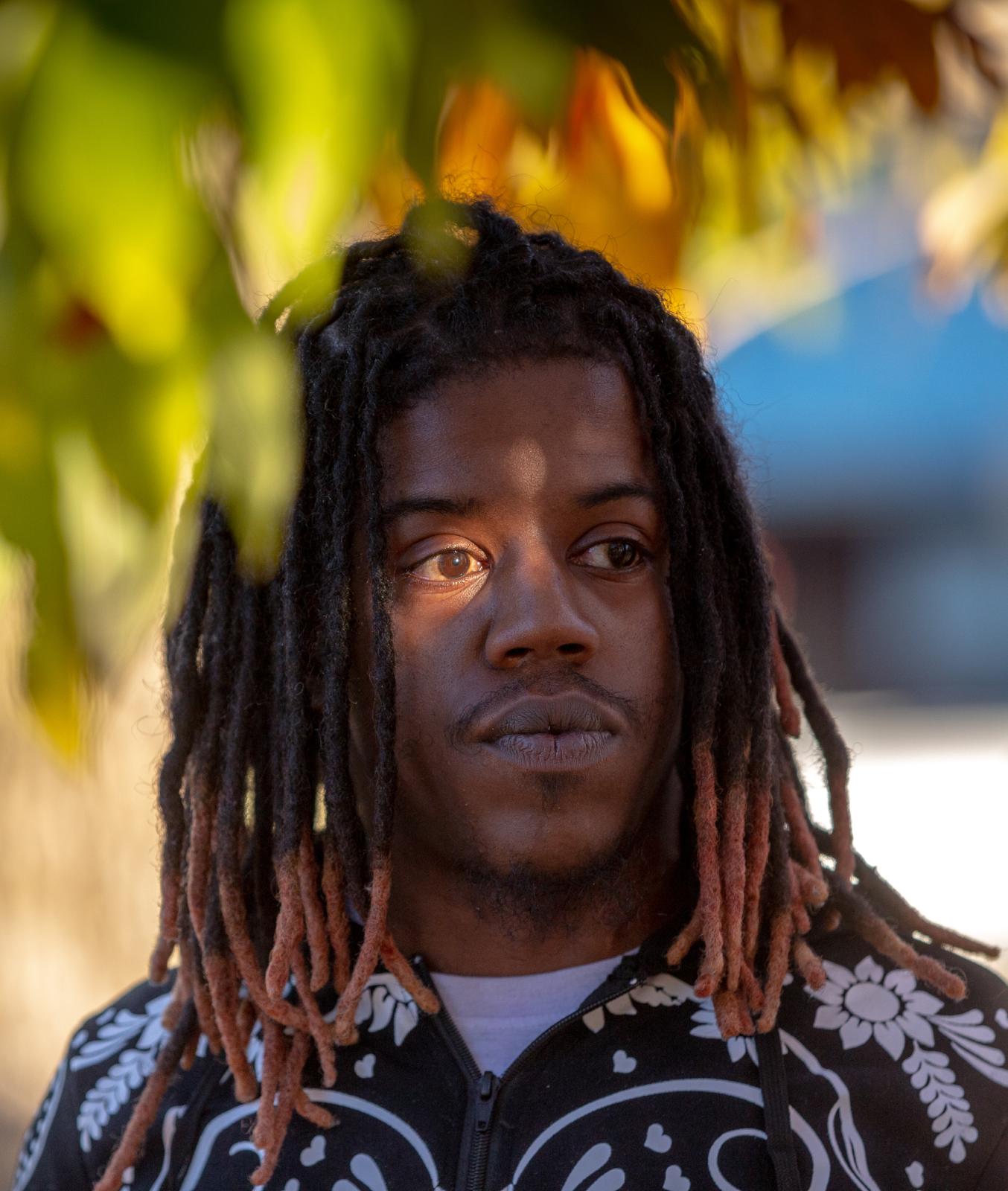 Kijuanis Gray looks off into the distance during a memorial service for his son, Darnell Gray, on Saturday, Oct. 30, 2021 in Washington Park in Jefferson City, Mo. “He was a smiley person,” Gray said. “He was a playful person. … to me there was no (saying) no to him.” 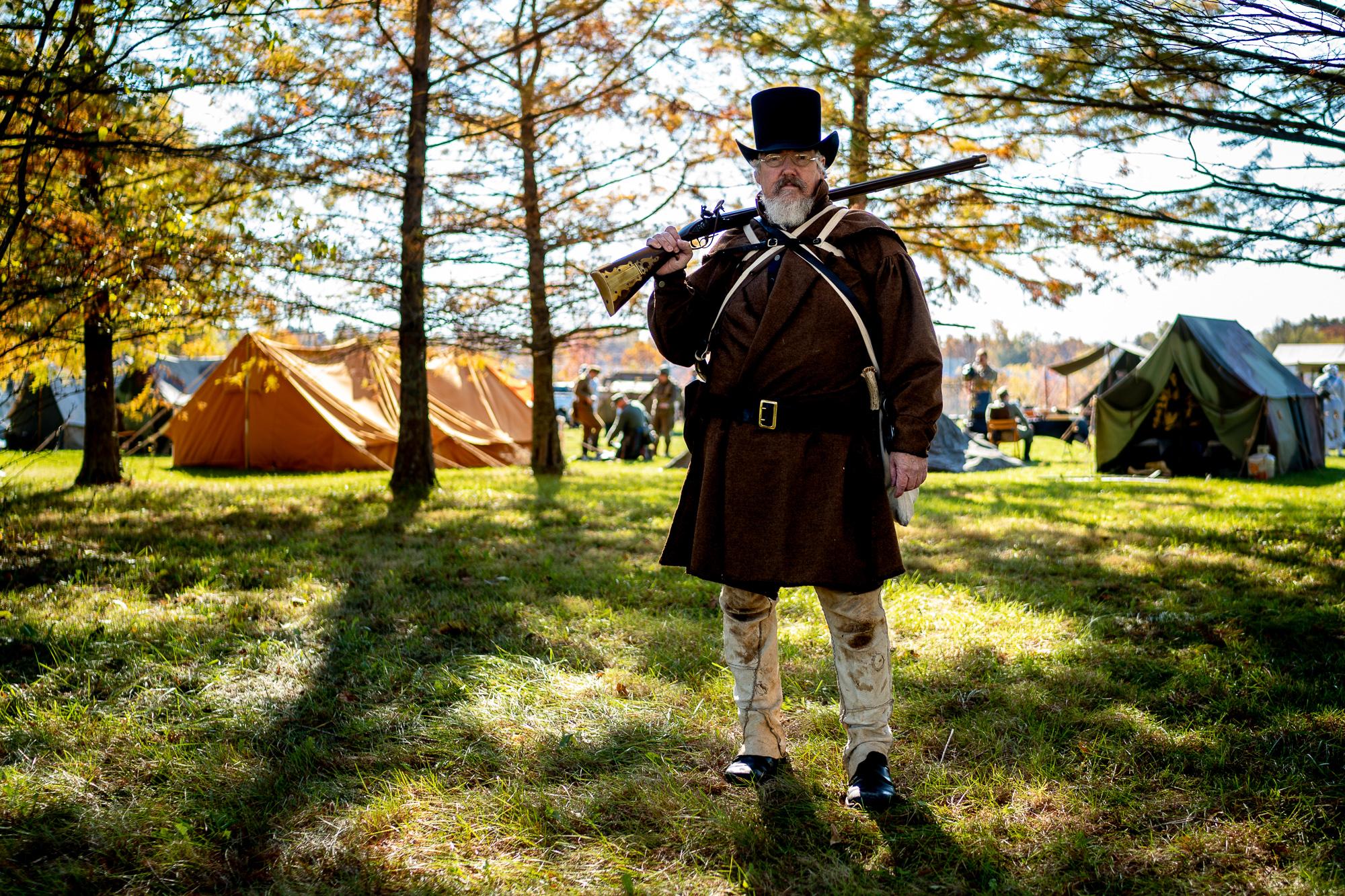 Michael Harris stands for a portrait on Saturday, November 6, 2021 at the Museum of Missouri Military History in Jefferson City, Mo. Harris is dressed as a Missouri Ranger from the war of 1812. The outfit would have been worn by member’s of captain Nathan Boone’s company. 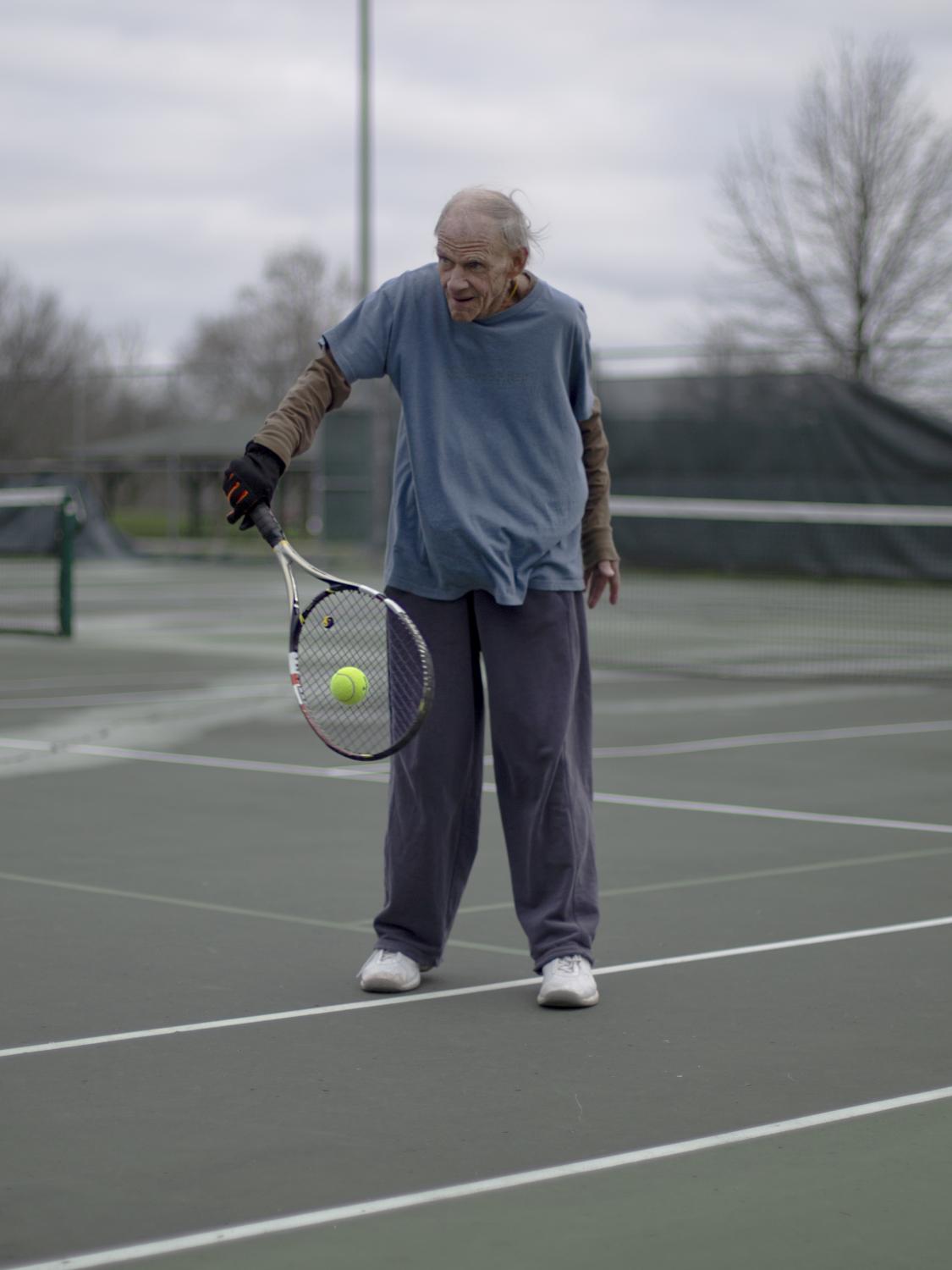 Noel Heermance, 80, practices tennis by himself March 23, in Cosmo Park. "If this makes it in the paper, send me a copy," Noel said. "And tell your readers to always practice their backhand (swing.)" 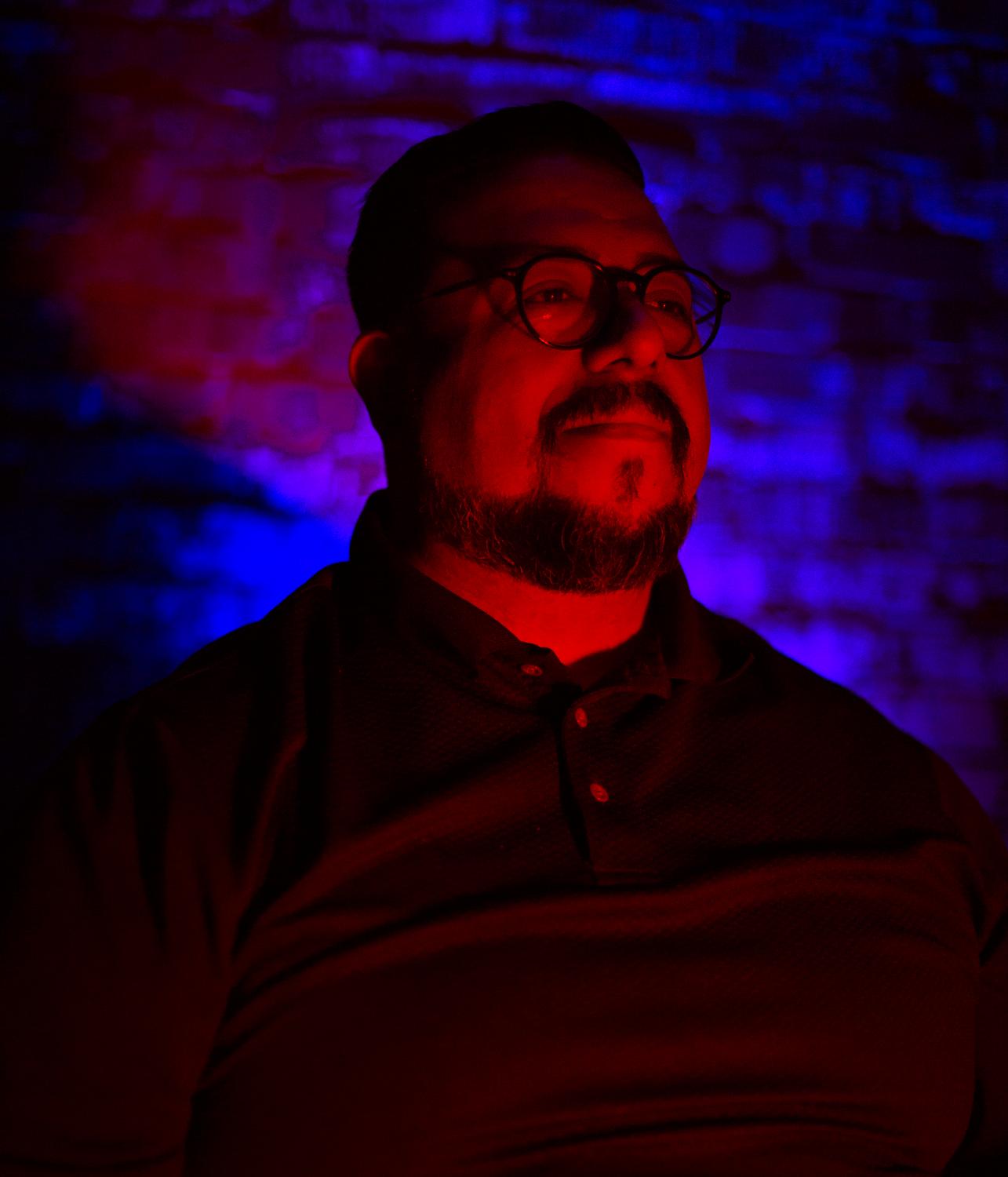 Jonathan Verdejo sits for a portrait during a lighting demonstration for clients. Verdejo founded Blue Diamond Events around 2012 in Las Vegas, Nev. “In Vegas, there’s tons of competition so you gotta do something to stand out. Knowing what you’re doing and doing it a certain way sets you apart [as a DJ,]” Verdejo said. That’s one of the reasons he wanted to learn lighting, and went on to take a course in it to improve his skills. Verdejo and his wife plan and promote parties in the mid-Missouri area now. 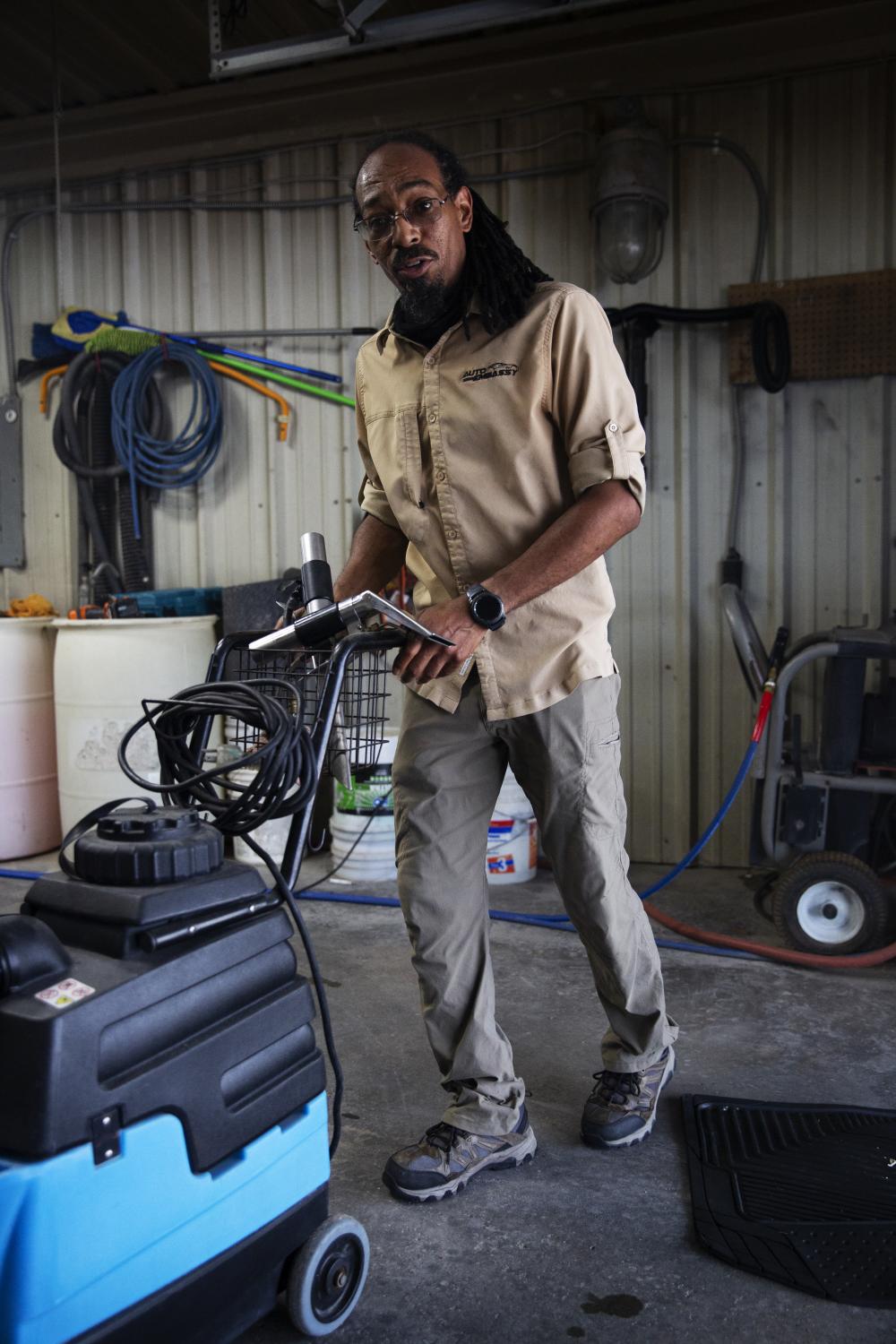 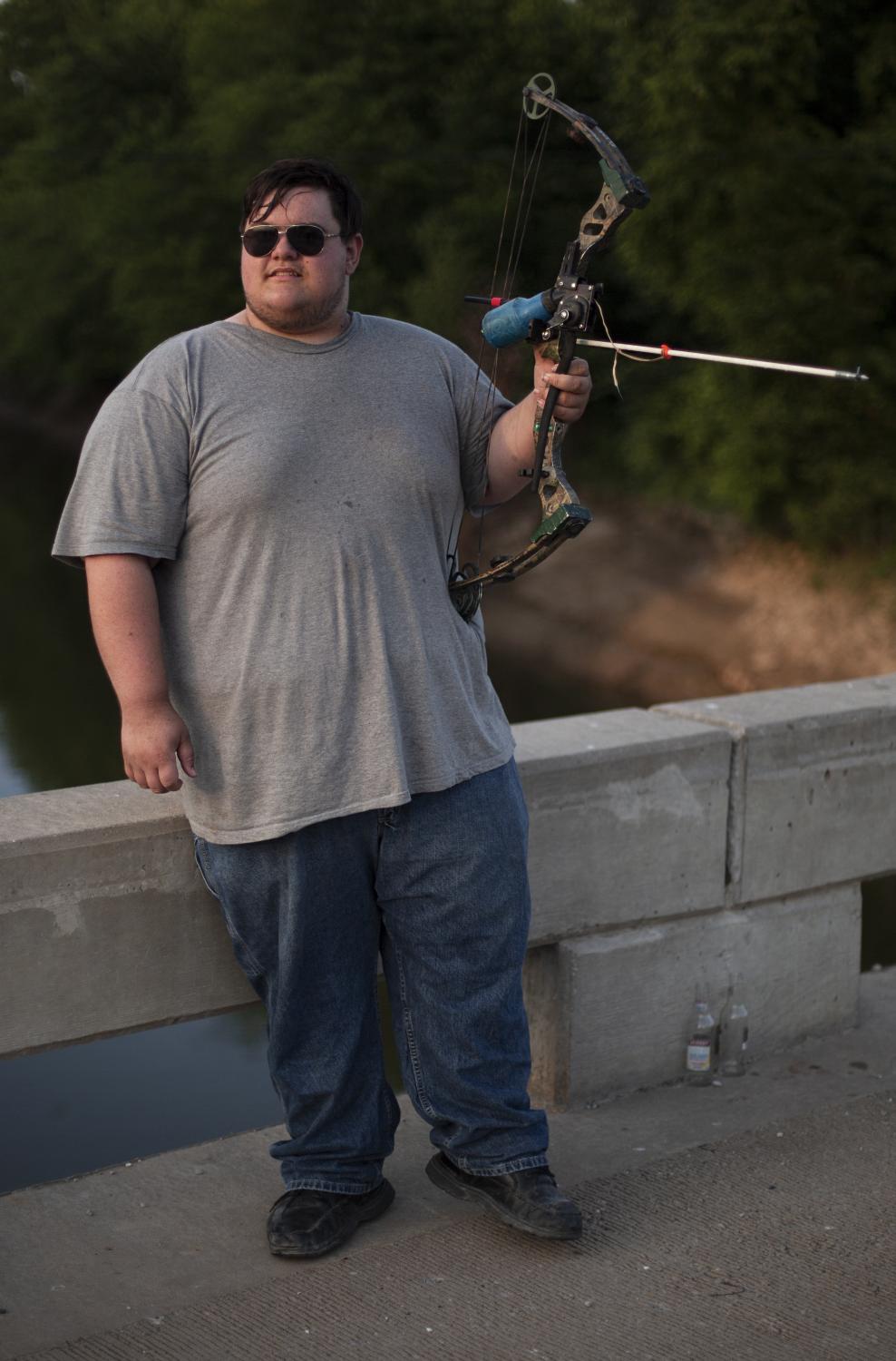 A bow fisherman stands for a portrait on a bridge over Perche Creek just outside of McBain, Mo. Both bow fishers and traditional rod-and-reel fishers like the area when the water is high during the spring and early summer. The bow fishers were aiming for alligator gar, not to eat but just to remove from the stream. 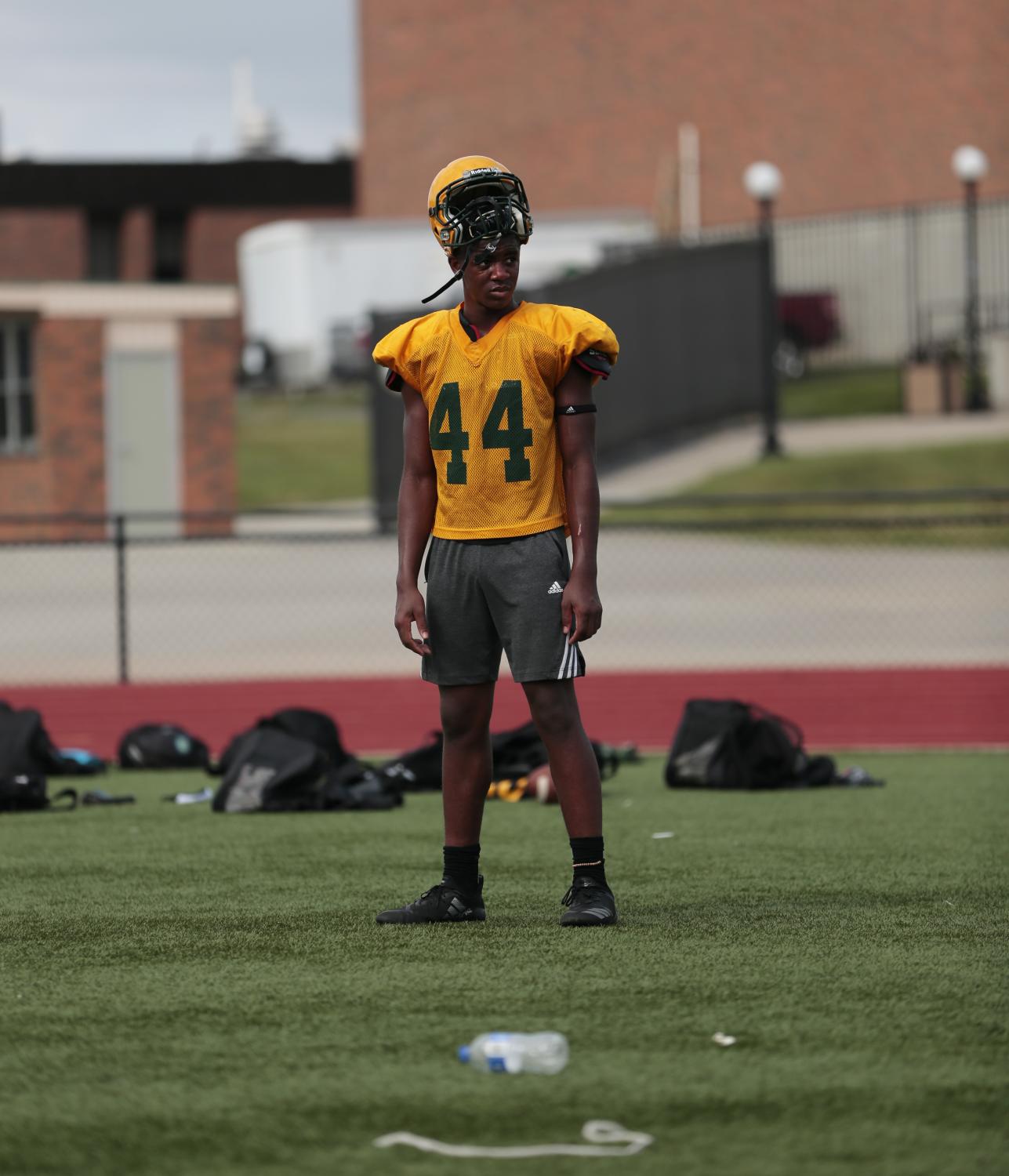 Aiden Alvis takes a moment to breath between drills at a Rock Bridge High School football practice the night before the school's first game. Despite the continued COVID-19 pandemic, and the fact that Columbia Public Schools weren't in session, the high school sports programs continued like any normal year. 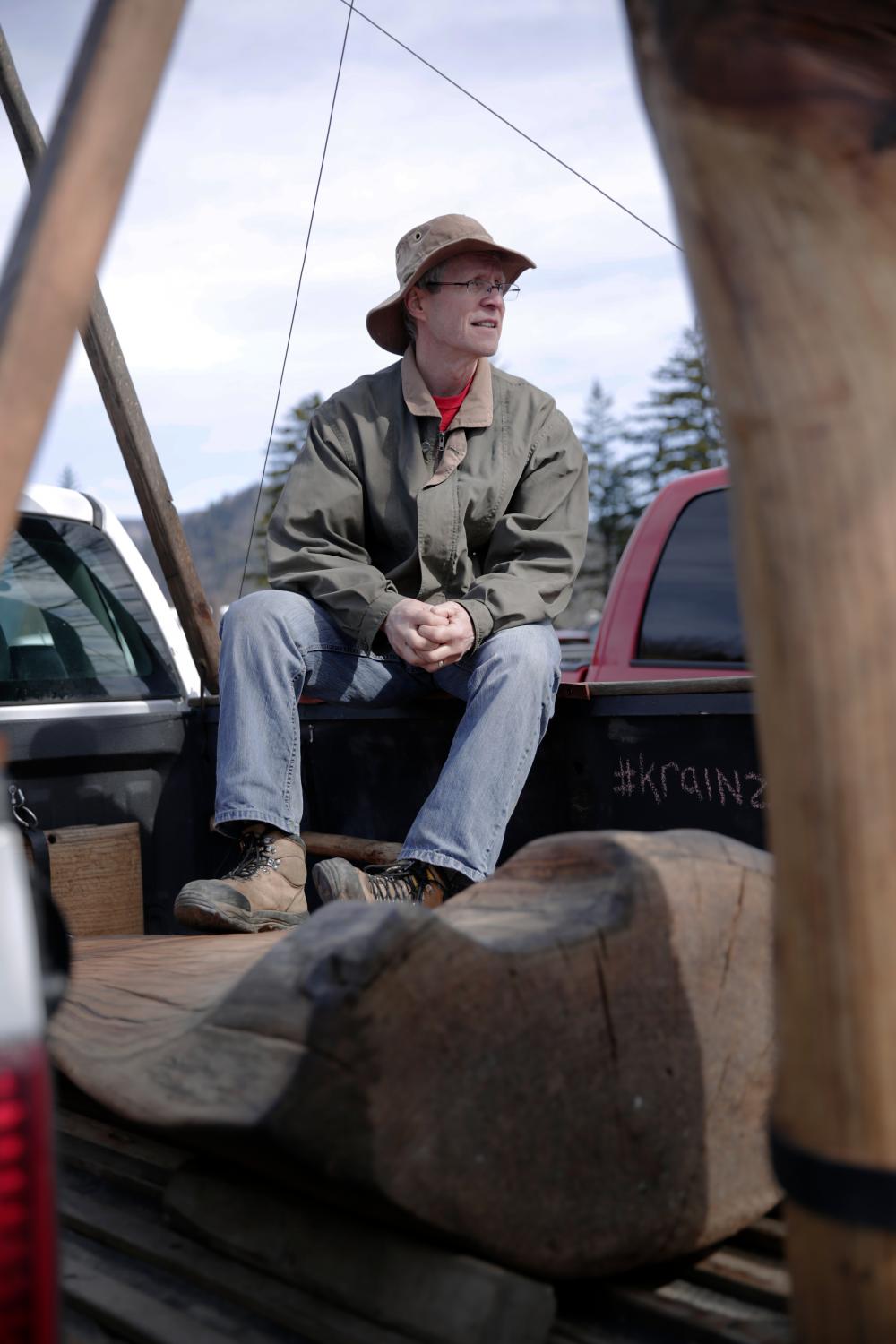 Chuck Krainz is a sculptor, and wood is his medium of choice. He rescued the log used to make these sculptures after a major forest fire in Gaitlinburg, Tennessee. Krainz hinted at ambitions outside the art world. “Don’t you think it’s time we had an artist for president?” Krainz asked, “Someone who understands balance.”

Ethan Weston is a freelance documentary photojournalist based in the mid-western United States focusing on environmental and conservation stories.